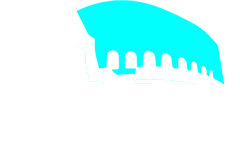 Point your camera at the destroyed object and see how it looked like during its heyday – a historically authentic 3D model of real size and high quality. We have developed a unique navigation system on a real location, which allows you to move around various nooks and crannies, as well as use it at home for time travel

Objects in the Augmented reality space are not just static, they are interactive and there is much to pick up, move, shoot and interact with

historically authentic and most realistic 3D models of monuments in a real place of their destruction or at home.

Listen and speak with our multilingual personal 3d guide who will give you a personal tour, tell interesting historical facts and reward you at the end. You can communicate with our guide its great person of selected historical period

We don’t just visualize the facades of destroyed buildings, we develop every corner of the interior in photorealistic details. Krakow Gate is one of the two gates that led to medieval city of Lviv. Known since 1386, it was located at the intersection of the present-day Krakivska Street (building 23) and Lesia Ukrainka Street. Street’s original name was Tatarska. Disassembled in 1783 by the Austrian authorities, according to the imperial decree on the liquidation of the city fortifications of Lviv. The first fortress on the mountain existed in the time of Prince Danylo Halytsky and his heirs. The fortifications were made of wood and soil. Later they were built by order of Polish King Casimir III, and the mountain became known as the Castle. The brick castle was built on the Castle Hill at the end of the XIV Century. It became the residence of the royal elder. It was also used as a prison. At the beginning of the XIX century, most of the High Castle was dismantled. The synagogue was built according to the design of Pavel Shchaslyv, at the expense of wealthy Lviv burghers Jews Nakhmanovych in 1582-1595. Until 1801, the Nakhmanovich Synagogue was the main city synagogue. In August 1941, the synagogue was completely looted, and in 1943 it was blown up by the nazis. Lviv City Hall, dates back to the fourteenth century. Lviv Renaissance Town Hall, built according to the design of Wroclaw architect Andriy Bemer at the expense of Martin Campian in 1619. This town hall was dismantled in 1826, when its tower collapsed. At the same time they began to build a new one, which has survived to our time. Khust Castle is a fortification complex that existed during the XI-XVIII centuries. The first stone fortifications were built in the first half of the 14th century. During the following centuries, it was rebuilt several times and turned into one of the most powerful high mountain fortresses in Eastern Europe. The castle served as the administrative center of the historical of Maramoros county and was the main guardian of the salt mines. After a devastating fire in 1766, it became virtually unusable for the garrison, and over time, turned into a romantic ruin. The Olbian road leads to the temple. Apparently, the statement “why is a road needed if it does not lead to a temple” was also familiar to the inhabitants of the ancient city.
Several hundred inscriptions have been found, and among them are fragments of white marble stelae that once adorned the temple square. They are carved with laws, honorary decrees in honor of citizens who have rendered special services to the state.

We have made an augmented reality museum for you so that you can see all the remarkable artifacts. Information about artifacts are multilangual

to create a new ecosystem of interactive tourism with AR interactive platform, cross-complimenting other industries, like education & entertainments

The lost city of the Troy period . Territory of South Ukraine . Mykolaiv city. 1200 BC
Restored in AR on real place